WHEN You Need Self-Defense, Nothing Else Will Do.

What Makes A Good Self-Defense Program?

The primary types of self-defense programs are:

Theory-based
This includes martial arts systems that practice rehearsed self-defense scenarios. For instance, an attacker stands still with an arm extended while the defender strikes, spins, and strikes again all while the attacker patiently waits. 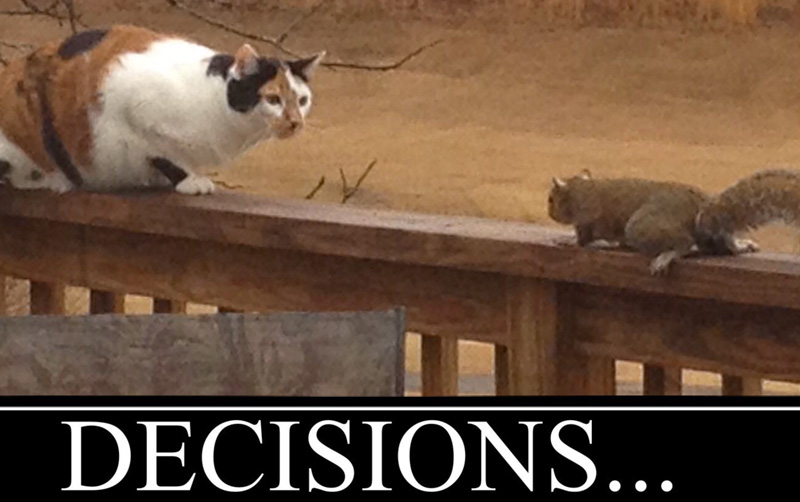 How To You React in Self-Defense

Under sudden stress, your body will usually freeze. Freeze mode is a dreadful feeling like all the blood is draining from your body and you can’t move.

It’s the same as a squirrel when they first see you. They freeze to not draw attention.

We teach you how to deal with the freeze and regain control of your body under stress.

What Is The Difference Between Self-Defense & MMA?

You will never get this luxury.

The bad guy always picks the when, where, and how to attack. They pick soft targets.

We train you how to be…a hard target.

“Great place to learn practical real-life self-defense! This is not a tournament or sports self-defense! The techniques learned here will help adults, teens, and children are equipped to deal with real-life situations. Great atmosphere for young and old, male or female. If you are looking to educate yourself, this is the place!”

“I attended the women’s self-defense class and really enjoyed it. It was quite an eye-opener and empowering. They packed so much into 2 hours. It has left me wanting more and I plan on bringing my kids to one of their classes in the future. Thanks!!!”

“The teen to college self defense class was amazing. My daughter learned so much stated “I feel like I am more capable to take care of myself when I am out and alone”. I got to observe and learned so much that you ordinarily would not think about. The instructors are amazing and very knowledgeable and made it easy to learn. The also used real life scenarios.  I would recommend everyone to take a self defense course, especially the young ones that are in high school and entering college. The class was worth every penny and if you take the course you will be glad you did.”

“Cobra came to our church & showed us many ways to make it safe. Intense training! Very knowledgeable. I recommend COBRA for all that want to keep their family & friends safe & aware of their surroundings. Thanks & check them out!”

“I recently attended the COBRA active shooter plan class with my two sons. I feel much more prepared now, and more importantly, my boys are now better prepared in case, God forbid, something like this happens. I wholeheartedly recommend this class and this program for everyone out there! Be prepared, hopefully, you never need this training, but if you do it’s much better to be ready.“

“My 10 year old twin daughters attended the Child Abduction Prevention Course at COBRA Self Defense and they learned so much valuable information as well as situational techniques. The content taught to the students was age appropriate, deliberate and extremely thorough, giving the kids a road map on what to do should they ever be placed in a bad situation. I am extremely appreciative of the teachers included in the training and I highly recommend this course to all parents. We will certainly be attending future courses!”

WHAT IS THE DIFFERENCE BETWEEN COBRA-DEFENSE AND KRAV MAGA?

COBRA was developed from real-life Law Enforcement training and field experience. COBRA Self Defense was created in 2002 by Chris Sutton. He literally created the system in his squad car between calls while simultaneously working as a full-time Police Officer and martial arts school owner.

COBRA Self Defense and Krav Maga are viewed by many as the top of the list, which is why this question comes up so often. Either one can serve you well provided the instructors are highly trained and qualified, but there are some differences. It’s helpful to understand that the words, “krav maga” translate to “contact combat” in Hebrew. So, any contact combat system can be described as Krav Maga.

Generally speaking, Krav Maga evolved from the 1950s as a system developed for the Israeli Defense Forces (IDF). There are distinctions between COBRA and Krav but for the average person, it boils down to this: Police officers physically engage criminals on a daily basis. This means what works and what doesn’t work gets filtered through in real-time.

Law Enforcement agencies continually enhance their skills and training based on what is most effective in real-world situations against criminals of all types. COBRA Self Defense continually upgrades and enhances its curriculum by attending and participating in Law Enforcement field training events such as active shooter response plans and on-duty patrol activities

How do I assess a self-defense program?

The average person spends very little time in their life reviewing self-defense or martial arts programs. You may buy into a program that has no basis in real-world self-defense because “you don’t know what you don’t know.”

Here are three red flags that a program may not be reality-based.
1. They do rehearsed self-defense demos. For instance, they’ll have a woman being attacked and as she kicks and punches the attackers, they drop like flies all around her.

COBRA Self-Defense never does pre-rehearsed demos. We will pull someone from the audience who we may have never met to help illustrate the reality of the point we’re trying to make.

2. They demonstrate a child kicking and punching an adult male until he drops, defeated. This will never happen.

Kids can’t fight their way out of the grasp of a determined adult criminal the way most people think.

3. The demonstrating attacker holds his or her punch out and stands still while the defense is being executed.
In martial arts, this is called “One Step Sparring” and it is often passed off as self-defense. It is not.

How do I choose a self-defense course?

If you were going to jump out of an airplane, would you want the free parachute or the top of the line? While we would never discourage you from learning, generally you get what you pay for.

As certified COBRA Self Defense instructors, we are professionals. This is what we do and have done since 2002.

Why take a COBRA-Defense Class?

Because training saves lives. The two descriptions most posted in Google and Facebook reviews are, “Life-Changing” and “Eye Opening.”

Is COBRA-Defense a martial arts like karate or tae kwon do?

The martial arts tend to approach training with the goal of teaching a long-term, complex system.

On the other hand, COBRA prepares students to be able to handle multiple types of real-world criminal encounters. It’s not a sport, game, competition, or traditional martial art.

While that can be valuable training, it leaves little time to focus on realistic self-defense.

COBRA Self-Defense is 100% realistic Law Enforcement-based self-defense. There is no bowing, belts, or ritual. Just learning.

How long does it take to learn self-defense?

In contrast, COBRA only teaches self-defense, so you can streamline your training in an hour of COBRA, a 10-week academy, or any of our formats. This is a more effective and efficient way to train.

I carry a gun, why do I need COBRA?

The three most valuable firearm skills are the ability to access, deploy, and retain your weapon. Weapon retention is the most important of the three. Most people do not train for this.

Even a highly trained professional, like a policeman, who works with a gun every day, is at risk of losing their weapon to a criminal.

Killing paper at the range is easy, being in a live shooting situation is completely different and we demonstrate this in your first COBRA class.

2 Classes to try our school out.

Fill out the form on the right to learn more.